Skip to content
By Ioanna Karelia
Last updated on: October 31, 2022 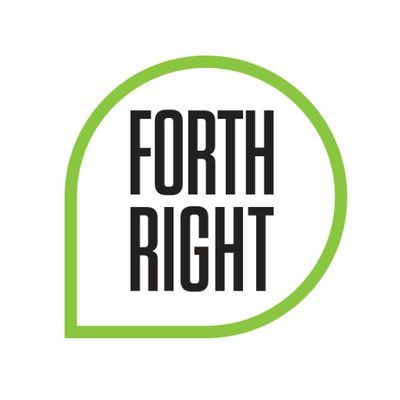 Forthright Surveys – Is It Really The Best Paid Survey Site Around?

Online surveys have become a quick, convenient way for many people to make a little extra money, all from the convenience of their homes. One of the marketing companies offering these opportunities is Forthright Surveys.

Forthright has its fair share of perks and drawbacks, much like the rest of the online survey marketplace. But with some spare time, Forthright Surveys are an easy way to make some extra cash, all from the comfort of your home.

Many people question whether online marketing surveys are a scam. The truth is, most websites, including Forthright, are legit in terms of paying members for the work they complete. But doing online surveys is generally not a viable way to replace a full-time or even part-time income.

Here Is My Forthright Surveys Review

Things To Consider Before Joining A Paid Survey Site

Completing online marketing surveys like those offered by Forthright can help you make some extra money by simply taking some time to share your opinions about certain products and advertising initiatives.

Signing up for Forthright is as easy as submitting your email. Then survey opportunities will be sent directly to you, so you won’t have to go searching for surveys to complete. However, completing online surveys is not a viable way to replace the income of a typical full-time job.

Users might not be enough to move the needle in terms of spare cash each month unless they sign up for Forthright and other online marketing survey websites. Even then, the money won’t be significant.

In order to consistently make money from Forthright, it’s essential to set aside time each day to complete surveys. If this is the side hustle you want to pursue in your spare time, you need to be committed to finding survey opportunities and completing them.

What Is Forthright Surveys?

The concept of Forthright surveys is relatively straightforward. The marketing company pays consumers a nominal fee to answer questions and give their opinions about specific products and advertising campaigns.

Their research helps other companies make informed decisions based on the responses. Clients pay Forthright to send out surveys and elicit responses from members. People can join Forthright for free by simply signing up with an email address.

While the whole idea might sound simple, online marketing surveys have their fair share of pitfalls, and Forthright is not exempt from them.

New Forthright surveys are offered each day, giving members access to plenty of opportunities to make some extra cash. But Forthright only pays for a completed survey if a member is deemed qualified.

The marketing company wants to give reliable, concrete data to its clients, and if a member doesn’t provide accurate or informative answers, they won’t be allowed to complete the survey.

To determine if someone qualifies, users need to take at least part of a survey before finding out if they’re able to get payment. So it’s possible to spend some time on a survey without ultimately getting a payout. That could be a waste of time rather than a good side hustle.

Forthright also has a limit to the number of people who can complete a given survey. If that quota is met, even after a member has started a survey, payment will not be made.

However, a reward system helps take the sting out of missed payment opportunities. Even if a member is disqualified from getting paid for a survey, one reward credit is still given upon completion. Three reward credits result in a $2 payment.

Here’s a rundown of some of the features and benefits you can expect when completing Forthright Surveys.

Signing up for Forthright is simple and straightforward. Enter your email address on the website, and you’ll start getting access to surveys to complete. Completing the surveys themselves (regardless of whether you qualify for payment on a specific one) is also an intuitive process.

Forthright’s ability to email and text members when a new survey is available represents a key aspect of the process. Since only a limited number of participants can complete each survey, members need to see when one is available quickly. The notification service eliminates the need to check the website for surveys continuously.

On top of being sent surveys directly, members can go to the website and search for potential surveys to take.

New surveys each day make Forthright interesting, but consistent disqualification from payments on surveys makes it tough to get the company’s best experience.

If members were eliminated from consideration beforehand, it would make the process a whole lot smoother and save valuable time. Sadly, members need to do at least some work on a survey before they’re told they don’t qualify.

However, the reward system for taking surveys, regardless of qualification for payment, allows members to ensure they’ll at least make some money for their work and time.

Surveys won’t take up hours and hours of time for members, but spending 20, 30, or 40 minutes completing a survey for only a few dollars can be a turnoff. If you add in any disqualified surveys, that’s even more time spent on only a small payoff.

The one redeeming quality of Forthright’s payment process is its reward system. Reward credits are easy to track, and one is given after each completed survey, even if a member is disqualified from payment for a particular survey. Getting $2 for every three completed surveys provides a small guarantee to know some money is getting paid.

The payment method and requirements might be the most redeeming part of completing surveys for Forthright. When a member is paid for completing a survey, that money is available right away, and there is no minimum for withdrawing money.

Generally speaking, online marketing surveys are not a scam. Other companies all have several conditions that make getting paid for surveys difficult, and we’ll get into them when we compare some other options to Forthright.

Forthright will pay members immediately after completing each qualified survey, and that money can be accessed instantly, no matter how small the amount.

Most Significant Issues With Forthright Surveys

Generally speaking, online marketing surveys are not a scam. Other companies all have several conditions that make getting paid for surveys difficult, and we’ll get into them when we compare some other options to Forthright.

First, members won’t qualify for every survey. So members might start completing a questionnaire, only to find out that they can’t be paid for it a few minutes later since they don’t meet the desired demographics for participants. Members get a loyalty credit, but it can be frustrating to work and not get paid for it time after time.

Second, only a limited number of people can complete a survey. If 100 other people finish a survey and get paid for it, no other members will be able to do so.

For people with busy schedules, it can be easy to miss the window to complete a survey. Free time and schedule flexibility are a must if members want to get consistent access to surveys and complete them.

What Other People Say About Forthright Surveys

There have been a mixed bag of reviews of Forthright Surveys, both positive and negative, from people who have used the marketing company. Many people have had good experiences with Forthright since the process is fairly straightforward, and money is easy to access once surveys have been completed.

But some other users have noted the lack of volume at points, making it tough to find consistent work through Forthright Surveys alone. The website does provide access to some third-party surveys, but one user warned of the validity of those.

“Don’t bother with the partner surveys,” they wrote. “You rarely qualify and they don’t pay well — but Forthright surveys are very good! You won’t get many opportunities, but when you do get an invite, the survey will be nicely designed, and the pay will be above average.”

Forthright is far from the only online marketing opportunity on the internet. Many other companies offer similar surveys with similar payment structures, though there are differences with each company. Here are three of Forthright’s biggest competitors.

While online marketing surveys are a relatively new money-making opportunity on the internet, Survey Junkie has been in the game since 2005, and it has more than 10 million members. Survey Junkie is very upfront about saying you won’t get rich taking their surveys. Each survey pays about the same as Forthright.

But instead of getting a direct dollar amount when taking a survey, members are paid in points, ranging from 50 to 450. Members can then exchange 100 points for $1. Survey Junkie also features a convenient payout method through PayPal or a gift card.

Many users report only making a few dollars a day from completing surveys with Survey Junkie. It is still worth checking out though so make sure you do!

On top of offering surveys and questionnaires, InboxDollars allows members to make money by browsing the internet, playing games, printing grocery coupons, and shopping online. Using Inbox Dollars could add up to about $20-$30 in rewards each month, so it’s far from a get-rich-quick option for its users.

But unlike Forthright Surveys, InboxDollars has a $30 minimum to cash out and receive payment. So users need to dedicate enough time to reach that threshold to actually earn the cash. Inbox Dollars does offer a $5 sign-up bonus which is a great reason to check them out today!

Swagbucks started as a survey company, and while that’s still an option, the company has expanded to give members the chance to earn money in other ways, including online shopping, watching videos, and searching the internet. Making this the easiest way to get the most money, go check it out!

Users can redeem points for cash, but the best reward deals come via gift card, so the payment process at Swagbucks might not be for everyone. Most users typically make a dollar or two per day from 15-30 minutes of work completing surveys, so over time, it can add up to a decent amount of extra cash.

Overall, I would rate Forthright Surveys at 2/5. If you’re looking for a way to make significant money online and replace your income from a typical job, completing online marketing surveys like those from Forthright is not the way to go.

But if you’re looking for a convenient way to earn a little extra money and help pay for a couple of bills each month, Forthright Surveys offer plenty of convenience.

By just carving out a window in your spare time, Forthright Surveys are an easy way to make some spare cash all from the comfort of your home. The payment method is very straightforward, and even if you’re disqualified from receiving money from some surveys, the reward system ensures some payment for your time.

Other Ways To Make Money Online